A 41-year-old tattoo artist and body modification enthusiast had two giant fake tusks fitted onto his bottom row of teeth, in an attempt to make himself look like a real-life orc. He actually calls himself Orc and refuses to go by his original name. 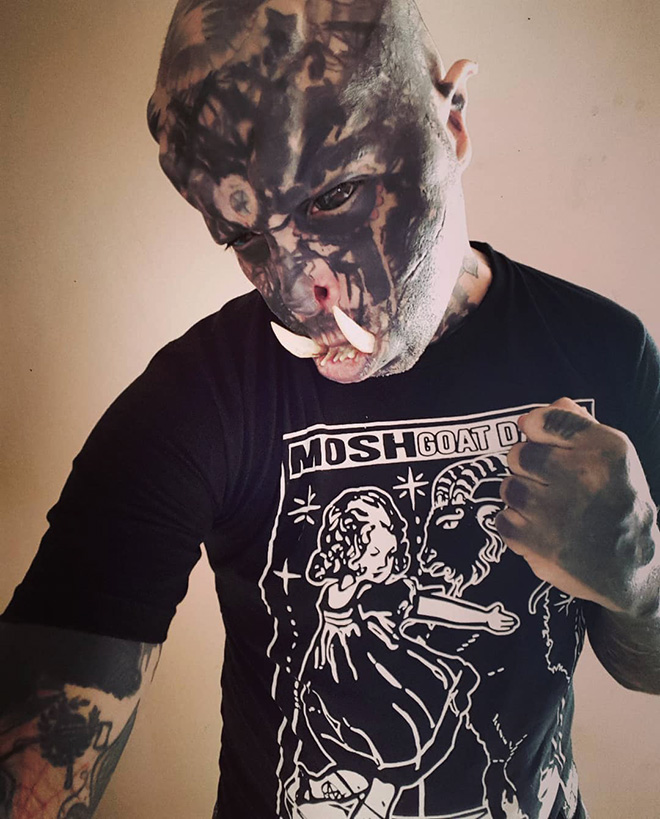 Orc, who hails from the Brazilian town of Iguatemi, in Mato Grosso do Sul, got his first tattoo at the age of 15, and has since developed a passion for tattoos and body modifications, undergoing several procedures that have left him looking rather unique. He also has both eyes tattooed black, about 80% of his body covered in ink, a split tongue, several subdermal implants and sliced ears, but it’s his mouth that draws most people’s attention. Orc spent over $500 having a pair of large tusks fitted over his bottom teeth to make himself look like the fictional creature depicted in popular films and video games like Warcraft. 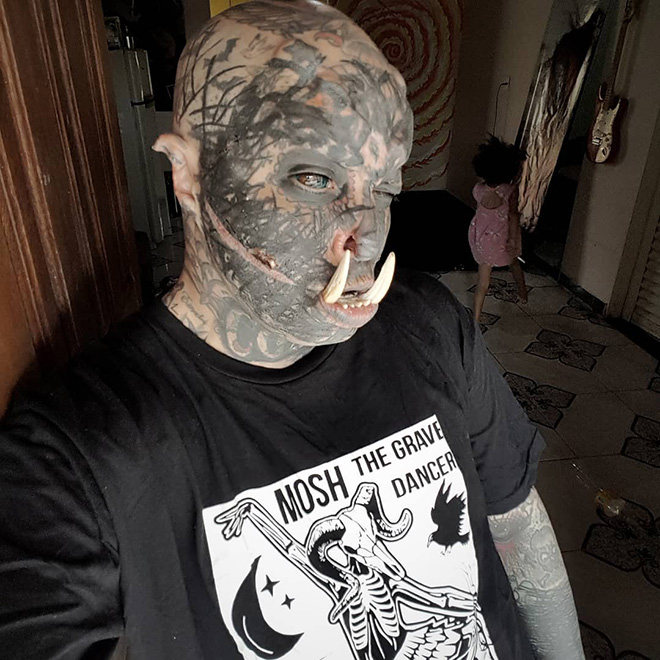 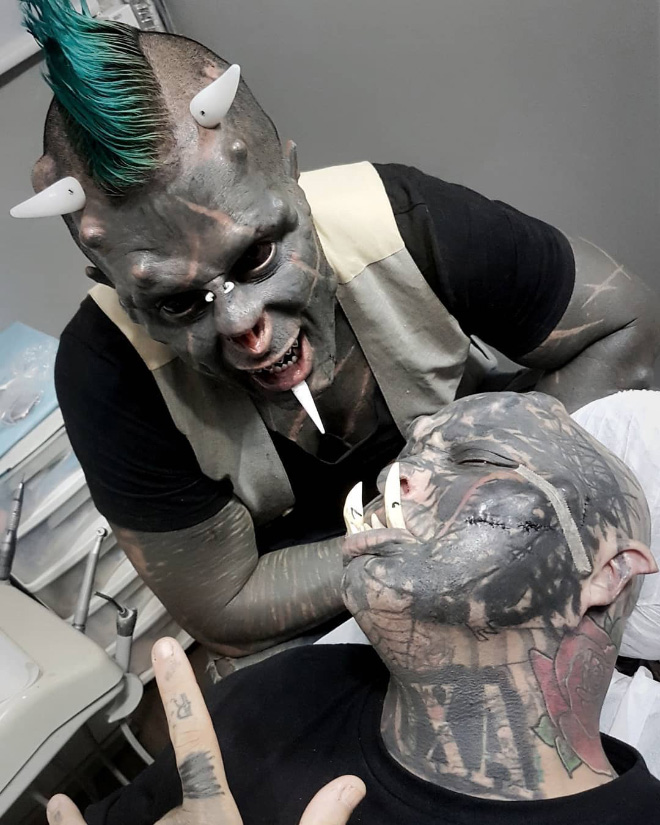 The Brazilian body modification enthusiast declared himself pleased with his unique appearance, but he admitted that his friends and family don’t really approve of it. His mother can’t stand it, his father tolerates it, and most of his friends think it’s strange, but it’s his passion and he isn’t giving it up for anybody. 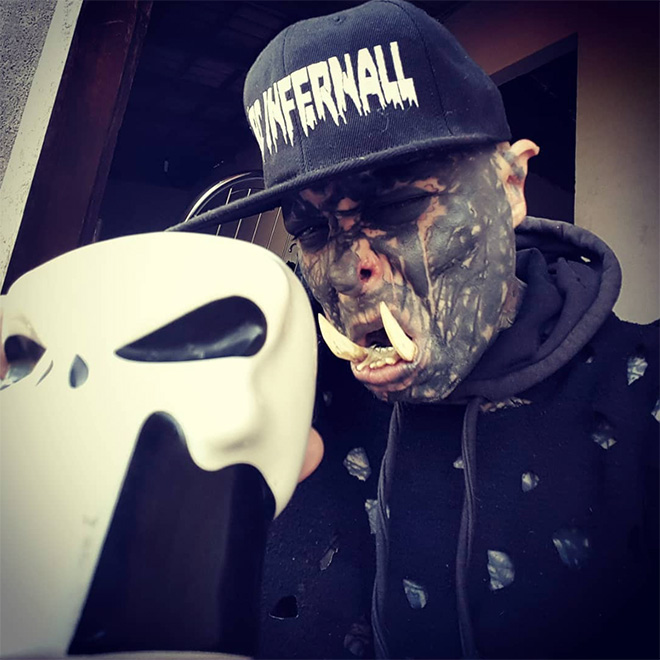 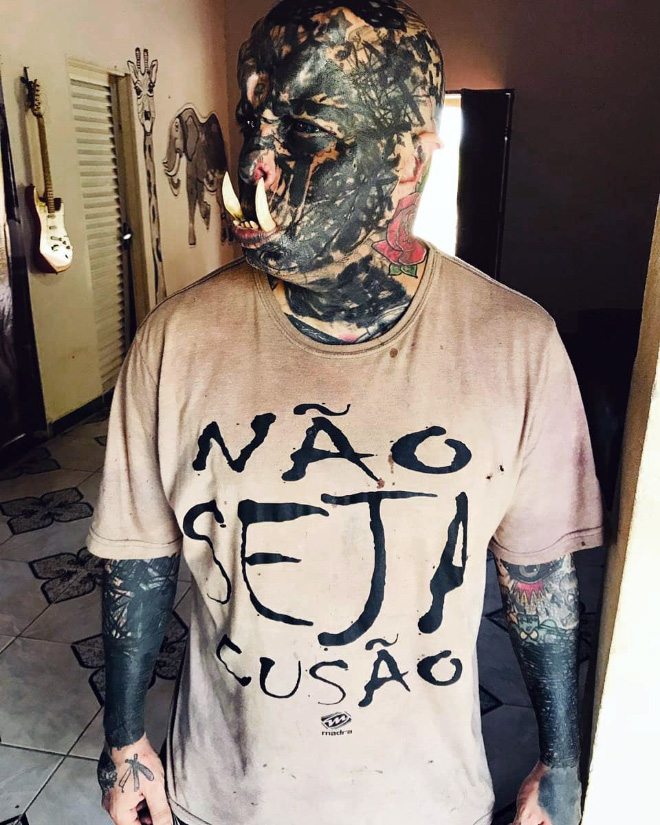 The real-life orc’s wife, Krishna, also shares his passion for tattoos and body modifications, and has had considerable work done herself. As you can see in these photos, the two really go well together. 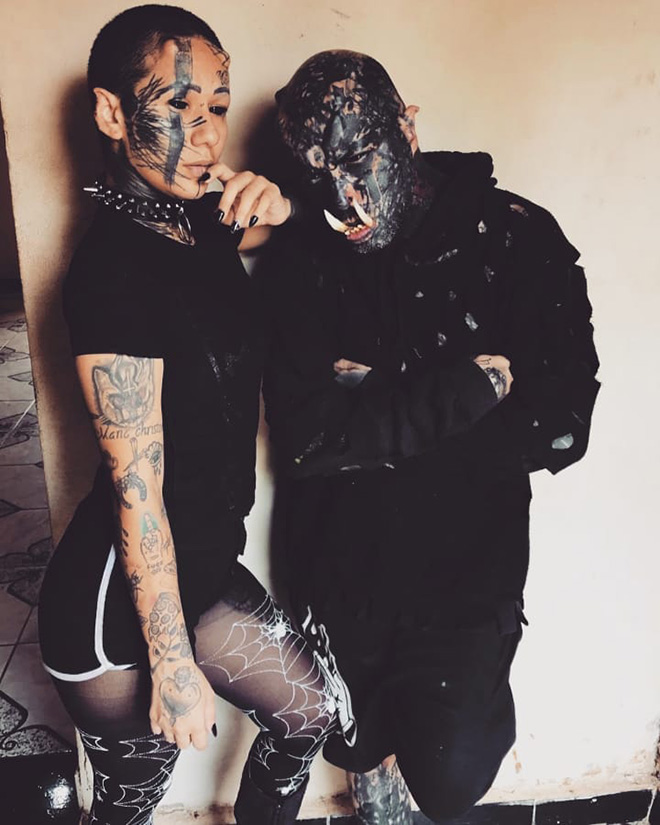 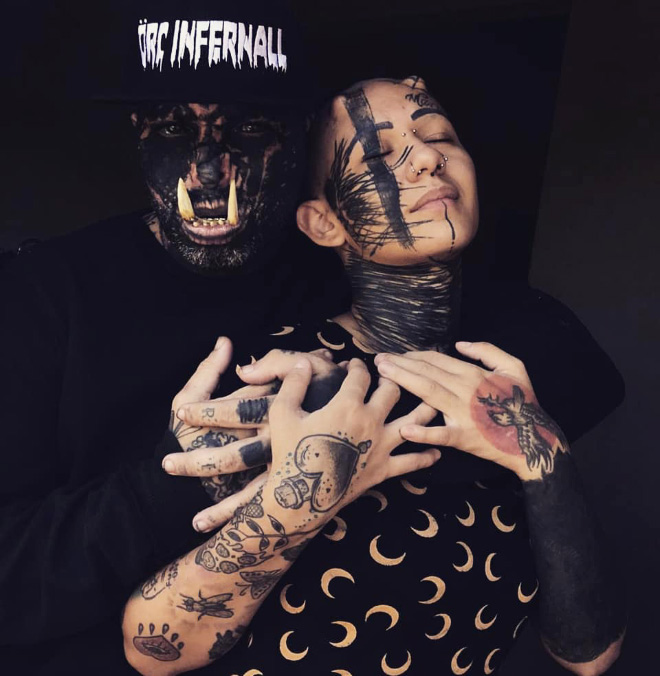 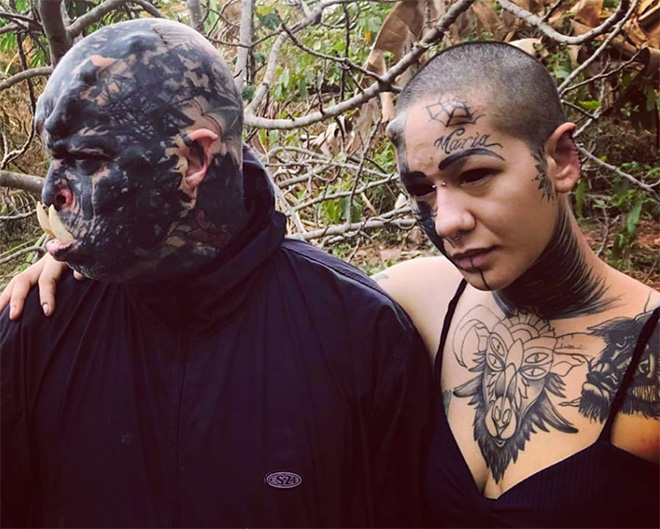 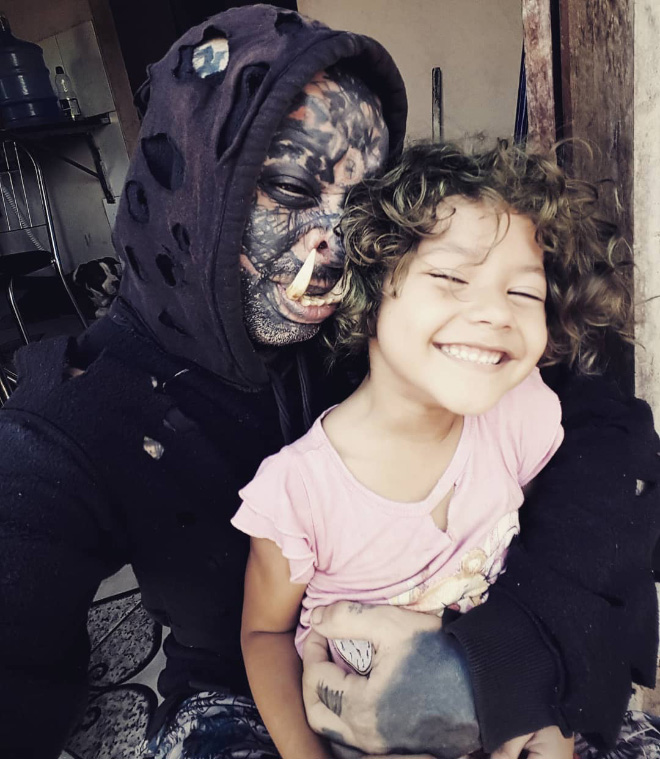 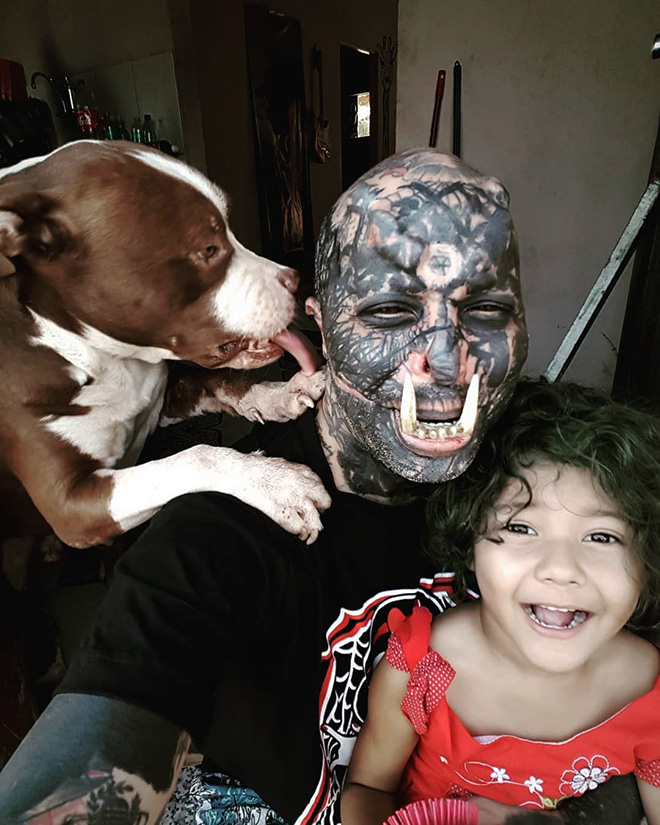 What’s your take on this? Do you think he looks great or maybe you disapprove, or maybe you even think he’s suffering from mental illness? Let us know in the comments.